Notes and lessons from Sahil Lavingia’s interview on the Indie Hackers podcast. They talk about the story of Gumroad and talking openly about failure 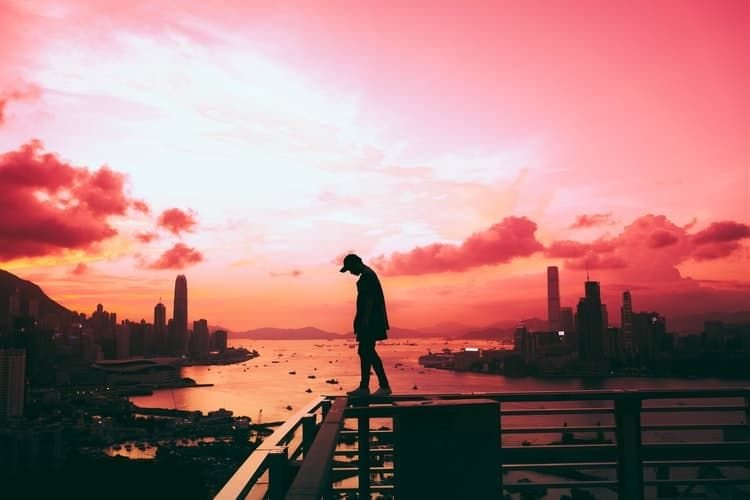 “Enough is a decision, not an amount.”

👆That’s what one of Sahil Lavingia’s customers told him recently.
A thought that resonates with his approach to running a company and living his life.
Sahil is the founder of Gumroad. It’s a marketplace for digital products.
People sell all kinds of products on the platform, from icon sets, to e-books to courses and even software.
He defines it as a “Shopify for digital goods”.
Gumroad is a profitable internet business today, and has been that way for the the last 10 years of its existence.
When he raised capital in 2011, Sahil thought he was on track to build the first of many billion dollar businesses.
He had raised $8M at the age of 19, with a product built over a weekend, and even found a way to make it profitable.
But Sahil’s journey hasn’t been as smooth as Gumroad’s linear revenue graph suggests.
Along the way he had to fire employees, buy back equity from investors and even run the company as a single person business.
He is a rare combination of someone going the high growth startup approach as well as an Indie Hacker approach and all with the same business.
Back in July 2019 he sat down with Courtland Allen to have a free flowing 2 hour conversation on the Indie Hackers podcast.
They discussed the journey of Gumroad, life in San Francisco vs life in Provo, Utah, and talking openly about failure.

The Story of Gumroad💸

Just had an idea for my first billion-dollar company. Tomorrow, I start building it.

He was learning photorealistic icon design, and had just designed a pencil icon that he wished he could sell to someone on Twitter.
But there was no platform that could help him do that. No way to share a link of the product with someone and accept payment for the sale.
That weekend he hacked together Gumroad.
On April 4th, 2011, he posted on Hackernews that he had made a link shortener with a payment system built in.
The post was titled “Show HN : my weekend project, Gumroad“
It went viral and was on top of Hacker News, More than 50,000 people saw it.
People raved about it’s utility, questioned him on the security of the payment system, and even suggested that “Gumroad is the perfect application for Bitcoins”
The verdict was out – Sahil had tapped into an underserved market. Gumroad was going to be a hit.
The seed for a fledgling creator economy platform was sown that day.
By May 2012, he had secured funding, left his job at Pintrest with millions on the table and started hiring a team.
He was 19, with $8M in the bank and on top of the world.
But the road ahead was not smooth.

The next few years he saw the company grow slowly.
They got the product right from the start, but getting new customers into the door was tough.
Most of the sales was direct, through cold emails or talking to a lot of people on the phone.
And a lot of revenue was from “whale” customers like Eminem.
But they could also see the impact they were having on small indie creators.
Someone making a 7$ sale is not great for the revenue numbers but its awesome for the individual who could now make money from her digital creations.
But that’s not what most high growth venture funded startups look for.
Gumroad was growing at 7-8% year on year.
But as an investor told Sahil, they were looking for startups that grow 20-30% year on year. Only then will their investments make sense.

The Series B that Never Happened📉

In 2015, as Gumroad was running out of money from the Series A round of funding, Sahil started looking to raise a Series B.
But the numbers just didn’t add up.
Investors weren’t willing to take another shot with Gumroad.
That’s when Sahil had to take one of the toughest decisions of his life.
He had the choice of either shutting down the company or firing 75% of his employees.
This is how he described his priority stack:

“I was accountable to our creators, our employees, and our investors — in that order.”

Closing down the company was not an option, because he knew the kind of impact Gumroad was having on the indie creators on the platform.
He had to swallow a bitter pill and fire 15 employees, many of them his friends.
That brought down the employee strength from 20 to 5.
He was on the front page of Techrunch with an article titled — Layoffs Hit Gumroad As The E-Commerce Startup Restructures

Getting Worse before Getting Better📈

Soon the remaining employees found other opportunities in other startups and Gumroad was down to one employee — Sahil Lavingia
At the time he was just answering support requests all day long.
Tried to fix as many bugs as he could. Even asked former employees for help with the bugs. They obliged. But they already had full time jobs.
Living in San Francisco was getting suffocating for Sahil.
Everyone knew him as the founder of this failed startup, but didn’t know what to say to him. What advice to give to him, what conversations to have.
Eventually, in 2016, he left SF for good.
He packed his bags and moved to Provo, Utah.
Things did get better, his living expenses reduced considerably, and more importantly, one of the investors offered to sell his stake in the company for $1.
With time, he could buy back a few more investors.
And things started to look better. He built a small team again, grew slowly, and looked to build a sustainable lifestyle business.
His focus had shifted from finding new customers to the existing creators on the platform.
He wanted to make Gumroad the best experience for them, and doubled down on this idea with new features and product development.
This is what the monthly numbers looked like from June 2015 to June 2016
June 2015:
A year later, in June 2016:
Since then Sahil has made it a point to be as transparent about Gumroad’s numbers as possible. This is Tweet from April 2018

Today Gumroad is a profitable internet business that sustains his lifestyle, and more importantly has a massive impact on the creator economy.
They even let creators invest in the company and hold public board meetings.

Provo, Utah is one of the most conservative cities in America. It’s 89% Mormon.
The priority stack of people in Provo is fundamentally different from that of people in SF.
People there don’t care about what you do for a living, they don’t care about how much money you make.
Questions there are more oriented towards — “How are you? how is your family? Are you a Mormon?”
They believe that we are on this earth to be of service to other people, raise a family, be faithful and test our faith.
When someone asks what he does , Sahil’s answer is that he is learning to paint and write.
And runs a small software business.
In late 2018 he was writing a blog post titled – “Reflecting on my failure to build a billion dollar business”. He wanted to openly talk about his failures around Gumroad.
When he mentioned this in his painting class, people found it funny.
They said — “You run a profitable business, do the things you love, here you are learning to paint at 2 PM on a Thursday afternoon. How is that a failure?”

Reflecting on his Failure💭

Everyone acknowledges that helmets aren’t good for you, but nobody openly talks about them. Nobody has the courage to be the one person to stop wearing them in a game. Everyone is just doing it because everyone else does it.
When Sahil did publish that blog post in February 2019, many people reached out to him to thank for him writing that post.
They offered support and admitted that they did not know what he was going through during the tough days of Gumroad.
Sahil thinks running a venture funded startup is like running on a hamster wheel.
Growing for growth’s sake, at all costs.
He hears of founders sleeping just 4 hours a day and tells them they are slowly killing themselves like this.
Sacrificing their physical and mental health to run a rat race.
A race that will eventually only end when the company gets IPO’ed or acquired.
And even after an IPO, the company then competes with every other investment vehicle out there.
That’s why he thinks Amazon is on such a path. They know growing fast is the only way they can sustain those revenue numbers.
Sahil is quick to admit, that he isn’t pretending that his failure is some form success.
Instead he is content with the kind of work Gumroad is doing right now.
He doesn’t think he is the next Steve Jobs or the next Henry Ford. He is happy making Gumroad the best experience for the creators —

“Instead of pretending to be some sort of product visionary, trying to build a billion-dollar company, I’m just focused on making Gumroad better and better for our existing creators. Because they are the ones that have kept us alive.”

He also admits, the his goal of building a billion dollar company from back in April 2011 was completely arbitrary.

“For years, my only metric of success was building a billion-dollar company. Now, I realize that was a terrible goal. It’s completely arbitrary and doesn’t accurately reflect impact.”

Why Gumroad works as a business—

Why Gumroad works for Sahil

This quote perfectly captures the sentiment

“… aligning selfishness with selflessness. It’s figuring out what I can do that makes the world better but also makes me happier?”

Sahil wants Indie Hackers to build stuff and be prolific —

“I think the most important thing is to build stuff, to start small and figure out what you want to build and honestly, a lot of people aren’t going to know what they want to build so just like build something, as small as it is. Or maybe not even build something, just ask the people that you love in the communities that you care about how you could make their life better.”

He is wise beyond his years, there’s plenty to learn from him for all of us.
Follow him on Twitter where he drops pithy truth bombs like —

“The best co-founder is luck”

“Life is a series of distractions from existential dread”

It sure is Sahil🤣
Thanks for Reading🙏
Listen to the complete episode on the Indie Hackers podcast.
Also read this phenomenal essay on his blog : Reflecting on My Failure to Build a Billion-Dollar Company
Every week, I listen to the best podcasts around Indie-Hacking and share the most actionable and inspiring tips from some awesome conversations.
Subscribe to Listen Up! IH and get them directly in your inbox👇
https://www.indiehackers.com/series/listen-up-ih
ICYMI: Last Week I wrote about Arvid Kahl’s lessons from selling a SaaS at $55K MRR
Thanks to Seth King for editing this post.
Photo by Anthony Intraversato on Unsplash
Cheers,
Ayush