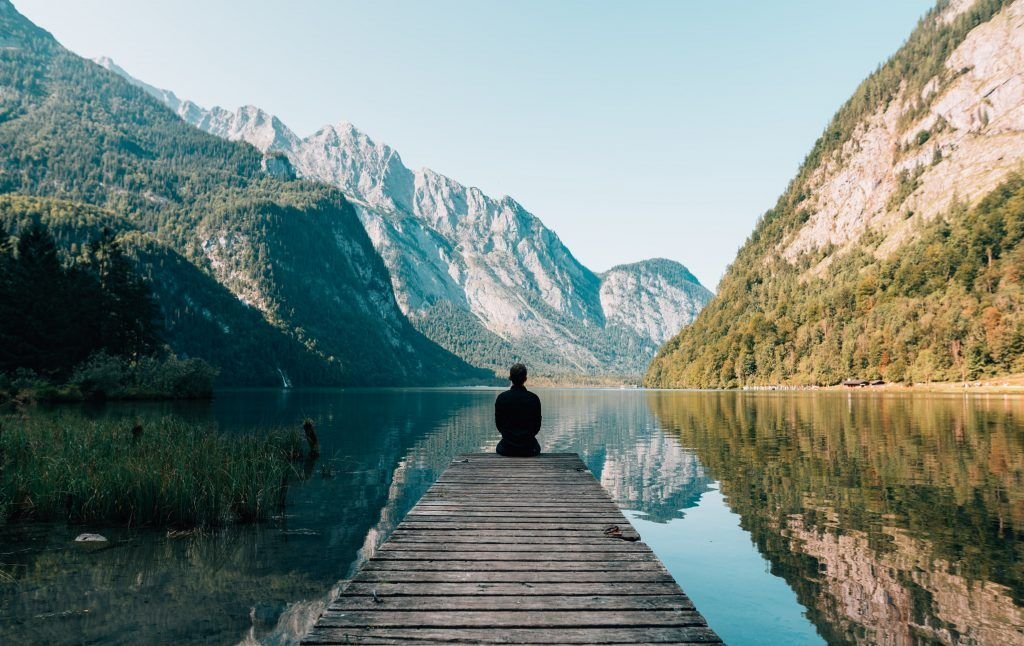 “I want to work on my own terms, doing the things that intrinsically motivate me.”

☝This was Daniel Vassallo’s first-ever comment on IndieHackers back in February 2019.
It was a top response to the question — “What’s your top reason for being (or wanting to be) an indie hacker? #ask-ih”
At the time, Daniel had recently quit his high-paying job as a Software Engineer at Amazon and was just starting his journey of being an Indie Hacker.
Over the last 2 years, he has sold multiple info products for hundreds of thousands of dollars, built a profitable SaaS business and amassed a massive Twitter following. (closing in on 60k followers)
And how did he get here? By thinking deeply about what it means to live a meaningful life.
Not necessarily having more money, but a better, more meaningful life.
In October 2020, Daniel appeared on the Indie Hackers podcast, hosted by Courtland Allen.
He spoke about quitting Amazon after 8 years, lifestyle design, taming uncertainty, and his portfolio of small bets.
Here are some lessons from the podcast👇

During his time at Amazon, his pay increased by more than 5 times. He went from $75K to $500K. But around the 5th year mark, he realized he needed a change.
He realized that no matter how far up the ranks he went or how much money he earned, his lifestyle is unlikely to change significantly.
When he handed in his resignation in February 2019, he had had around 5 years of savings to sustain himself

Daniel has intentionally designed his life to have plenty of spare time, long unstructured days, and an empty calendar.
When Courtland DM’ed him on Twitter to push the interview by an hour, he replied — “Sure, I have got nothing on my schedule today”
He tries to optimize for enjoyment and spend his time doing things that he would do anyway.
Courtland put it brilliantly —
“..you’ve switched from a life where you’re exchanging your freedom and happiness to make more money, to a life where you’re exchanging your money to get more freedom and happiness…”

Closing out A Chapter

Was he nervous about quitting big tech?
Sure he was—
“When I sent my notice, I had a few cramps in my stomach, like, What have I done?”
But he had an interesting perspective on his career at Amazon.
He says he convinced himself that he had written off that chapter in his life. He had lived it and he was happy with it. It made him a lot of money, but he was completely happy to give it up.
People ask Daniel what is his definition of a good life, and I think his answer is one of the best responses I have ever heard from someone —
“… a life is just a good story that you’re proud of. I think the only thing we really control is how we react to things and what decisions we make.
I think that being satisfied with your life is looking back and saying, “You know, I reacted properly. I reacted in the best way that I could have.”
There’s a lot of stoic philosophy there.

Have heard this from many successful and rich people, that after a point, money has diminishing returns, even negative returns!
So every extra dollar you make doesn’t add as much value to your life, or your happiness. And in some cases even hampers the quality of your life.
This is especially true when you’re climbing the corporate ladder and everything around you is optimized for you to continue climbing that ladder.
Nowadays, with every task he works on, Daniel asks himself —
“If this is not improving my life, what’s the point?”

New Start — A series of Plans, A Mistake, and A Different Approach

When he started out on his own, Daniel had a bunch of plans — he wanted to build a SaaS product, an info product, do some freelancing, maybe buy a small business.
And he wanted to do them one by one, so if Plan A failed, then move to Plan B, and so on.
But that came with a lot of uncertainty.
How to decide if something has failed? What if it is growing slowly? How will he decide to kill Plan A and move on to B?
All the uncertainty was making him extremely uncomfortable and literally keeping him up at night.
What emerged from this uncertainty was a different approach to Indie Hacking —
A portfolio of Small Bets👇
“This is the idea, that instead of doing things in series, instead of trying a hundred percent focus on one thing, when it fails you go to Plan B, you try to do all of them together, try to do many different things together, at the cost of some efficiency and some focus, but trying to employ the 80/20 rule and sort of, again, trying to eliminate the details and focus on the most important things.”
That’s a unique approach, that not everyone will agree to, but it has certainly worked for him.

Time as Enemy or Friend

I think this is a cool insight👉
If you have a finite runway, and you need to get something to work, you are effectively making time your enemy.
Every day, you are burning through your resources, and staring into the abyss, wondering when will you fall.
But with Daniel’s approach, you make time your friend.
When you have many small bets out in the world, working for you, every day they have an opportunity to get you new customers and new opportunities.
You have time working for you.
Daniel’s portfolio of small bets helps him tame uncertainty and smoothen out the spikey nature of business.
It helps him make time for his friend.

Everyone wants to build an audience these days. When DV started his Indie Hacking journey, he had almost no audience and didn’t even understand the concept of audience building.
Today, he has close to 60K followers on Twitter(he calls it his market research arm).
So what happened, how did he grow his audience?
Well, he went viral!

He wrote a blog post. It was called Only Intrinsic Motivation Lasts: Why I Left a $500k Job to Work for Myself..
And posted it to the usual channels, IH, HN, Reddit.
And it blew up.
He got more than 1500 Twitter followers and hundreds of DMs and emails after that.
But why did it blow up? People write about quitting their jobs all the time, but they don’t get as much attention.
He says he isn’t sure, but something resonated. He puts in the same attention and effort on all his posts, but only this one blew up like that.
It was probably the fact that he shared his financial details there👇
” I try to share details that I wish I had when I was starting out. I started to realize that some of the most inspiring details tend to be financial details.”
“People are extremely curious, especially about non-traditional ways of making a living…”
I love this quote👇
“I think if you manage to make yourself comfortable sharing things that tend to be rarely shared, I think you get an extreme advantage.”
There, that’s your recipe for going viral😅

A Tale of 2 Info products

Daniels 1st info product was a book about AWS, he put in 160 hours to write and made $100,000.
His 2nd Info Product — A Twitter guide, he put in 16 hours, made around $150,000.
“That’s close to $9K an hour.”
So how did he do it? I think this a cool insight, especially for info products and courses👇
“What matters is the insight and the trust that you have with your audience, more so than the quality of ancillary details around the production quality and the packaging if you’re doing an online course.”

Daniel says inspiration and opportunity are perishable. They go away. You can’t put them on the shelf.
So if he is inspired to do something, and there is an opportunity for it, he immediately starts to work on it.
This is something we should all think about👇
“If your calendar and days are so squeezed that you need to schedule something three months from now, it’s very likely that the inspiration will disappear, or the opportunity will end”

Lessons from his SaaS Product — Userbase

Userbase was the first thing he made after quitting Amazon — it’s a lot like Firebase, but with end-to-end encryption.Just crossed over $500 in MRR with 100 paid customers but the company is still young and in its early days.
It was his first bet, and while the project was profitable, he was still making them in series. in hindsight, he thinks he ended up investing a lot more time and money in it than he would have liked.
The Biggest Challenge: The long lead time. He flatly underestimated the amount of time it would take for people from the first sign up to finally taking out their wallet to pay $50/year.
If he had to go back, he would start with something smaller, with a faster feedback loop, and something that didn’t require so much effort.

He shares 2 lessons for Indie Hackers:
But there is a third type — Lifestyle first — Start with your preferred lifestyle, and then try to find business opportunities that maximize that lifestyle.
Final Words👇
“Focus on many different things, diversify motivation and attention. Expose yourself to new opportunities, new good fortune.” — DV
Stuff that you can think about before you write your first line of code: Before you do anything, you can think about, “Okay, why am I starting a company? What do I want my life to be like? What are the sources of stress and uncertainty and how do I minimize those?” —CA
Thank you for reading🙏
Listen to the complete episode on IndieHackers
Read more about Daniel Vassallo on his website: https://dvassallo.com/
Every week, I listen to the best podcasts around Indie-Hacking and share the most actionable and inspiring tips from some awesome conversations.
Sign up to Listen Up! IH and get them directly in your inbox👇
https://www.indiehackers.com/series/listen-up-ih