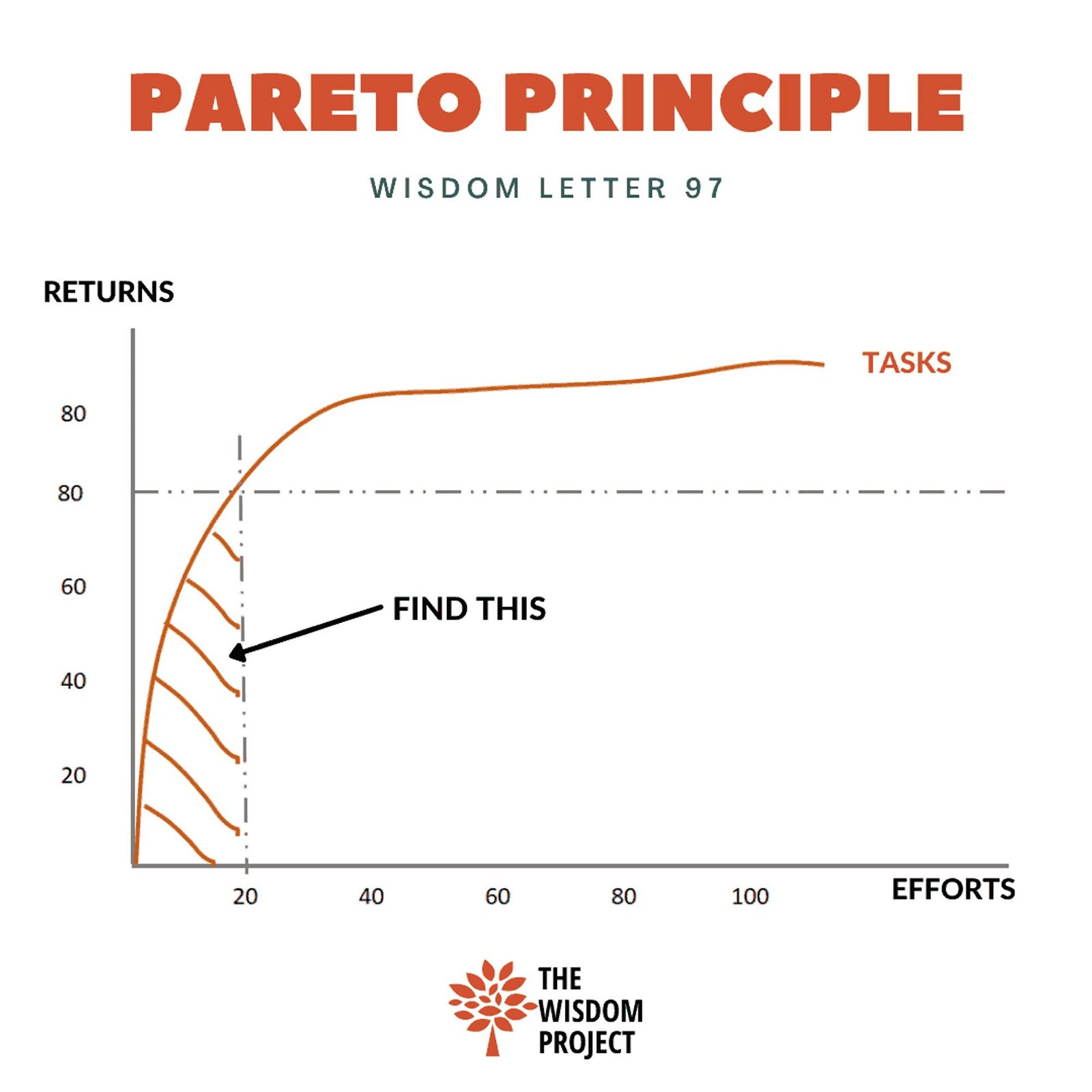 Most things in life come from outsized results.
The relationship between inputs and outputs is non-linear.
In our minds, we think it’s linear, but the data suggests otherwise.
The relationship is a power law, better defined as Pareto’s principle or sometimes also called the 80/20 rule.
Let’s see a few examples of where Pareto’s principle works, why it works, how can we apply it in our life.
Also, one case where it doesn’t work.
But first, what is Pareto’s Principle?
Let’s see –

What is Pareto’s Principle

Pareto’s Principle states that 80% of the consequences are the result of 20% of the causes.
It refers to the inherent imbalance in cause and effect in all aspects of life.
It’s also referred to as the 80/20 rule.
We see Pareto’s principle in action in almost every aspect of life, right from the distribution of wealth in a country, to the performance of our stock portfolio, and even in the traffic for this website.
It’s fair to note that the distribution doesn’t have to be exactly 80-20. It often is 70-30 or 90-10, the essence of Pareto’s principle is that outcomes are unevenly distributed as compared to inputs.
And more often than not, they are distributed according to a Power Law.
The principle was originally formulated by the Italian economist Vilfredo Pareto back in 1896.
The insight occurred to him when he observed the land ownership distribution in Italy. At the time 80% of the land in Italy was owned by 20% of the people.
The wealth distribution is pretty accurate today as well.
The Pareto Principle is a fundamental law of competition, and it will be observed in all domains where we see competition among players.
Let’s look at a few more examples –

Not just land ownership, all wealth distribution follows the 80/20 rule.
It’s fair to say that roughly 20% of the people control 80% of the wealth in the world.
More shocking numbers can be observed by reading Oxfam’s reports every year.
Like –
8 men own the same wealth as half the world (2017)
2153 billionaires have more wealth than 4.6 billion (60%) people of the planet (2020)
Without getting political, as a general rule, it’s fair to state that Pareto’s principle holds true in wealth distribution, across the world.
Why does this happen?
The rich keep getting richer and the poor keep getting poorer. We have all seen it and we abhor it. Many of us are brave enough to fight it, but it still happens.
One of the many reasons why it happens a lot is related to the concept of Compounding.
Most outsized returns in life come from compounding.
Compounding has 2 basic tenets – Time and Reinvestment.
By definition, compounding benefits us only when we keep reinvesting our returns for a very long period of time.
Unfortunately, only 20% of the people in the world are capable of actually doing that.
You need a strong safety net to keep reinvesting returns in an investment instrument. A safety net that only the fairly rich people of the world can afford.
That helps them leverage the power of compounding, and with time, in a few generations they become even richer, which gives even more leverage to future generations and the virtuous cycle keeps going.
Making the rich richer.
The poor can’t afford to reinvest, they can’t afford to sit on their investments for long periods of time. That’s why they find it hard to enjoy the benefits of compounding.
The poor miss out on compounding because they are not rich.
I know it sounds like saying you are hungry because you haven’t eaten food. It’s sad but it’s true!
All this means that wealth distribution follows Pareto’s principle and very few people in the world end up controlling a vast amount of wealth in the world.

If you’ve been investing for a while, and if you have a balanced portfolio of stocks, mutual funds, real estate, and other assets. You will notice that 80% of your returns emerge from only 20% of your investments.
This is true for a particular point in time.
So today 80% of your returns would be from a few stocks, five years ago they may be from a real estate investment, and five years later they may be from Bitcoin!
Because of the inherently volatile nature of investment instruments, it’s hard to predict which 20% will give you the 80% returns.
But you can still apply Pareto’s principle in personal finance.
You can spread your investments according to the barbell strategy.
Have 80% investments in super safe instruments and 20% in risky, high-growth instruments.
That means you might invest 70-80% of your savings in Real Estate, Gold, or fixed income instruments. And 20% of it in small-cap stocks and cryptocurrencies.
This approach will ensure the safety of capital over the long term, while also giving you the best opportunity to gain from risky avenues.
Pareto’s principle can be a fruitful personal finance strategy.

Take a step back from finance, looking at the world of websites –
We can see that roughly 20% of the websites and apps of the world receive 80% of the traffic.
This is surprising the 1st time you read it, but quickly it starts to make sense.
Websites, and the internet by definition run on network effects.
That means the value of a property on the internet increases the more people use it. And people use it because other people use it.
That’s why we have companies like Facebook, Google, and Twitter with billions of daily users.
The 80-20 rule holds true on your phone as well.
You may have 100 apps installed, but roughly 20% will account for 80% of your screen time.
And you can even go 1 level deeper into your screen time data, and figure out that roughly 5 apps will account for 95% of your phone usage.
Now, when you want to reduce your screen time, you will know which 5 apps to focus on, and you can leave the other 95 as they are.
Pareto’s principle for website traffic holds true even when you flip the vantage point.
We have been writing every week for The Wisdom Project for almost 100 weeks now.
It will be fair to say that roughly 20% of the posts bring in 80% of our traffic.
We rank well on Google searches for a few keywords with few posts, and new people keep coming on the site through those posts.
But again, like financial investments, there is no way to predict which posts will become our top 20% traffic sources.
So every week, we do our best way and hope our readers enjoy it.
And in the long term, we get more such readers through search engines.
We’ve seen enough examples of Pareto’s principle, and I think the examples make the concept obvious enough that if you look at instances anywhere in life, you will be able to recognize them.
But how do you apply it?
Let’s see.

How to apply Pareto’s Principle

Pareto’s Principle is a good prioritization framework.
In our day-to-day life, at work as well as at home, we are continuously making trade-offs.
We have opportunities competing for our resources, and we must decide the best way to allocate those resources for optimum outcomes.
Example around physical fitness –
If you analyze deeply, you will be able to meet 80% of your fitness goals by doing 20% of your physical habits right.
So if you’re trying to lose weight, then just sleeping well and eating right will get you your initial spurt of weight loss.
Then you will meet a plateau as your body gets used to it.
The next major push will come by focusing on cardiovascular exercises.
And you will again see a plateau after a few days.
The next step is to get into weight training and building muscle.
At every step, it’s important to figure out the 20% activities that will give you the 80% results and double down on doing those well.
Doing all of it all of the time might be hard and overwhelming, and you will end up giving up before you see any improvements.
While it works in most cases, it’s interesting to look at one place where it doesn’t work –

Pareto’s principle doesn’t work in relationships.
Personal relationships, romantic or otherwise are driven by human emotions.
Every little thing matters. And actually, the big things matter a lot as well.
It’s hard to find a “hack” in relationships or finding the right 20% that will give you 80% of the results.
No.
Relationships are 100-0, 0-100, 90-10, 10-90 even 100-100
They are also 80-20 sometimes.
But both partners realize that the equation changes with time. You appreciate your partner’s support on tough days and are there for them during their hard times.
That’s how healthy relationships function.
There’s no “rule” to make them work.
You’ve just got to be a good human being with an honest heart and tons of empathy.

Pareto’s Principle is a powerful mental model.
It’s closely linked with the model of compounding and can give us outsized results if we use it wisely.
As we saw, it applies to almost every area of life, and real wisdom is in knowing where and how to apply Pareto’s Principle.
Related –
Why Compounding Works And How Can We Use It In Our Life?
What Are Mental Models & Why Are They Important (With A Simple Example) 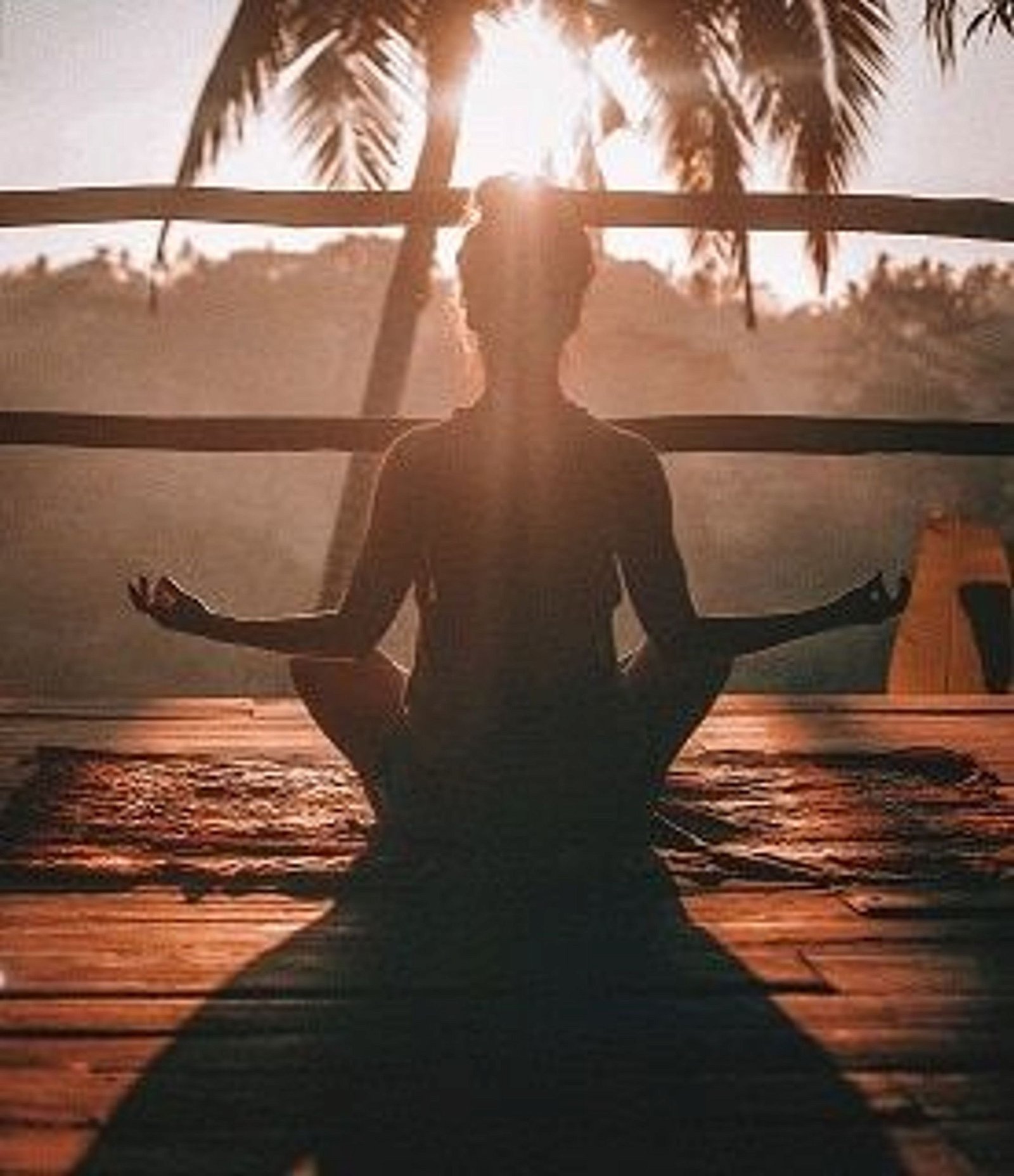 Do you feel angered, disturbed, or annoyed by some recent event? Personal or Global? Who do you assign the blame for such an event? And do you think that person did it out of malice? Are they evil? If you take 100 such events, how many would you attribute to intentional malice? Not sure? That’s …

Articles
Why compounding works and how can we use it in our life? 📈(The Mental Model from Compound Interest) 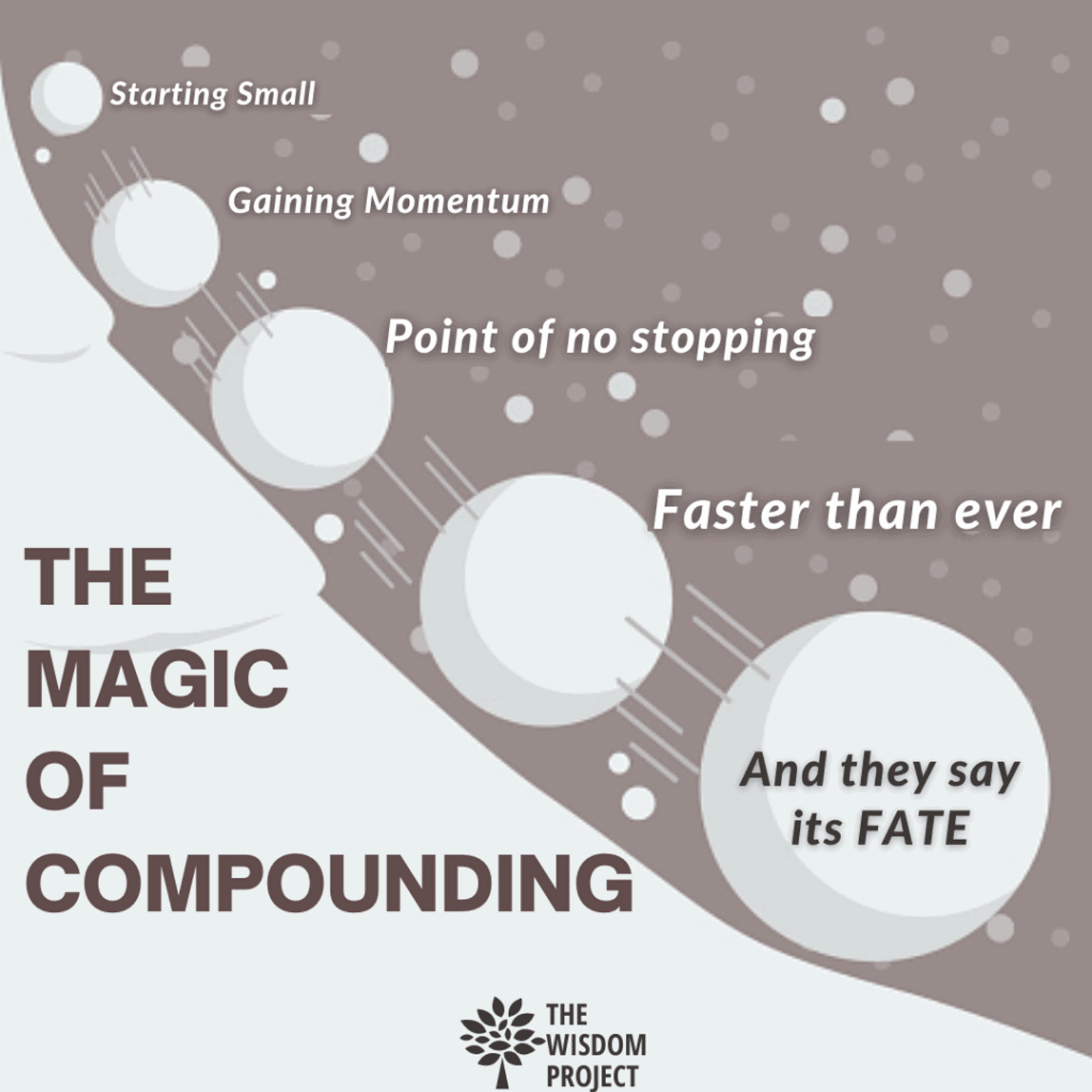 Why compounding works and how can we use it in our life? 📈(The Mental Model from Compound Interest)

How the mental model of compounding works. Why we need to understand it, and how can we apply it in our daily life. Applications and nuances.